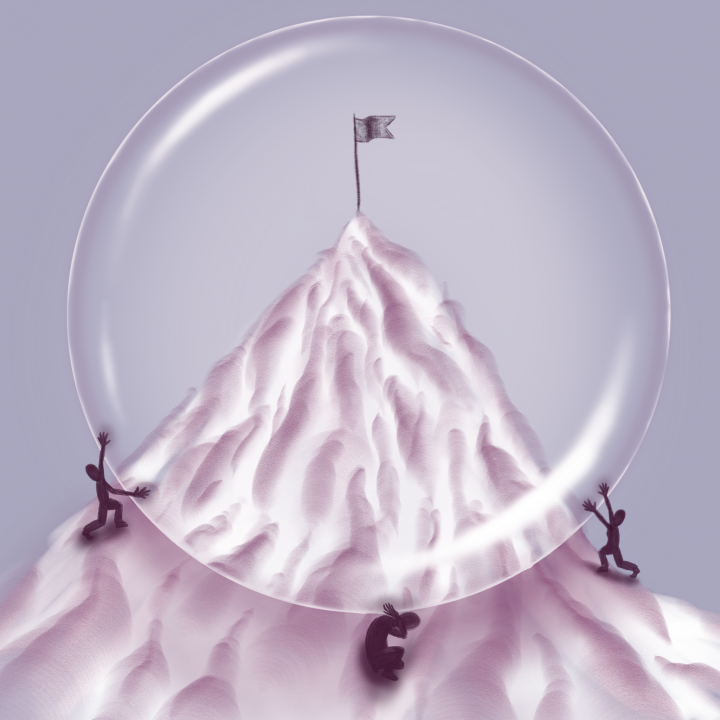 Various autistic people have found ways around singling out as a minority to actively engage in global politics. In this blog post, I will discuss three autistic influencers: Greta Thunberg, Daryl Hannah and Temple Grandin. The term 'auti-influencers' will be used to refer to a global movement of people with autism who actively participate in discussions on global topics.

Research and debates around neurodiversity have viewed autism as a sore subject in societies, in which neurotypical norms have been a public health construct. According to Jordan and Harris (2012), the term ‘neurotypical’ has been used since 1998 to refer to individuals without autism. Neurodiversity is in a way its opposite, as it refers to the idea that there are many unique ways to think, behave, and learn. These terms challenge the societal norms that perceive people without autism spectrum disorder as ‘normal’ (Ito, 2018) and sets aside autistic individuals as less-than-human.

The influence of auti-influencers in society is important, as they have actively impacted the global mediascape. As a neurodiverse tribe, they surpass societal and neurotypical norms to magnify their agency. In order to tackle several issues on a global scale. As the examples will show, their mindset, attitude and worldview are consistent, rigourous, non-hierarchical, and bold. Another commonality between these auti-influencers is that their perceptions of autism differ from  neurotypical standards and definitions. In fact they consider their neural function and behaviour as a uniqueness and strength.

Greta Thunberg
Today, one of the most notable auti-influencers  is Greta Thunberg (*2003), a young Swedish climate change activist. Thunberg wants to make a difference in the world, and her words and actions show devotion and self-confidence (Tandon, 2020). Her campaign began in 2018 as a 15-year-old teenager, inspiring an international climate change movement (Limburg, 2019). As an autistic teenager diagnosed with Asperger's Syndrome and obsessive-compulsive disorder (OCD), she has exhibited extraordinary qualities in mobilising people and voicing her opinions in public and with political leaders. In 2019, Greta activated youth to strike from school and call for action by political leaders (Tandon, 2020). Beingneurodiverse, Greta directs her OCD and focuses on her cause, perceiving her autism as a "superpower" (Limburg, 2019). This mindset has led to many achievements within the field of climate change activism. The perceived limitations of her autism don't hold her back, as she contributes to the awareness of the growing threat of global warming. Her autism allows her to be passionate in her activities. In short, Thunberg  identifies as neurodiverse, and forms a role-model for people like her, who think outside the box.

Daryl Hannah
Another environmental activist who struggled with being autistic in a neurotypical society, is renowned actor Daryl Hannah (*1960).  Hannah became famous for her roles in "Blade Runner", "Steel Magnolias" and “Splash” - as Mermaid Madison! The Eighties icon stated in several interviews that she was diagnosed with autism in her childhood, and that her misfitting remains a recurring challenge to date (Al Jazeera, 2010). Hannah  shows that, while she acknowledges the challenges of being autistic, it can be a strength, which people appreciate. Hannah’s personal story is an empowering example of how autistic individuals can make impactful changes  in the world. Apart from exposing social structures that lead to social inequality, Hannah is also committed to the environment. Among others, she is the founder of the Sustainable Biodiesel Alliance (SBA), and sits on several environmental advocacy boards, such as the Environmental Media Association (EMA), Mission Blue and the Action Sports Environmental Coalition. As stated before, Hannah was diagnosed with autism as a child, and she appreciates the important role her mother played in helping her cope with this. Rather than resorting to institutionalisation and medication, her mother decided to pull her out of school. Together, the family created an environment that was fitting for Hannah, a safe place where she could be herself. She overcame many challenges by exploring her creativity and imagination to build herself a successful acting career. Hannah embraced her uniqueness to create an environment, in which she could influence and inspire the audience around her, through acting and activism.

Temple Grandin
One of the earliest auti-influencers, who raises her voice about topics such as climate change, sustainability, equality, and diversity (among many other issues) isTemple Grandin (*1947). Grandin is an autistic scientist who advocates for humane treatment of ‘non-human animals’ (based on the knowledge that humans are animals as well). Influenced by her perception of animals, at age 18, she developed the “hug machine”. This device helps to calm hypersensitivity and is now used all over the world.

Grandin was diagnosed with an autistic spectrum disorder that causes an oversensitive sensory challenge. Because of this, she  too struggled with the neurotypical norms of society. She expresses: “The world needs all kinds of minds”. Growing up, the perception of normal was a major obstacle for Grandin that forced her to isolate herself. For example, she refrained from touching anything, so as not to cause an overwhelming sensation. To deal with this,  she created the ‘hug machine’ pressure device (Autism Research Institute, 2019). Thus, being autistic stimulated Grandin's achievement as a scientist. She became a prominent author and speaker on both autism and animal behaviour, focusing on constructive imagination that facilitates the designing of livestock equipment (Autism Research Institute, 2019).

All by all, social environments in the global community are factors that affect the capability of neurodiverse individuals to engage in regular activity. The autistic influencers consciously use their personal experiences of neurodiversity to develop ways for neurodiverse people to cope with life in a neurotypical world. They identify the environment's flaws and educate people about them. Their activism has changed  global perceptions, on environmental awareness, non-human animal rights, and other relevant issues.

Call for change
The three auti-influencers mentioned have played an essential role in the global community. They stimulated changes, not only in the realms of environmental awareness and animal wellbeing, but also in the global perception of autism as a “disorder”. Consequently, especially in the medical sector, efforts have brought up the need for emancipation and neurodiversity. These terms have been used to reform medical practice and society in addressing the problems associated with autism. With this new terminology, we can advocate for a proper approach when discussing neural issues in society.

Autism continues to be mainly defined by the medical world and in popular culture as a neural “condition” that influences challenges in an individual's capacity to engage in social communication, restricted interests, and repetitive behaviour (Jordan and Harris 2012). But these ideas all derive from a neurotypical perspective. In  both the scientific and popular context, traditions are not the problem - they are symptoms of a deeper problem. Visible autistic behaviour is only the tip of the iceberg of autistic thinking - we are all different people, who live life in different ways. This applies to all humans (and animals): we all look at the world from different perspectives, and that is perfectly normal. The problem here is that within society the neurotypical majority is considered the norm.

In conclusion, there is a need to embrace inclusivity, just like auti-influencers do. Let’s identify the pros of living and managing the so-called condition, by appreciating the positive traits of autistic people. Jurgens (2019) argues that society has potentially concentrated on the neurodivergent consideration of autistic individuals and has been targeted to influence individual activities. He applauds the transformation of social environments to which autistic individuals are exposed. Rather than single out autism spectrum disorder as a lesser group, consider how neurotypical environments affect autistic individuals. Look at it the other way around. Neurodiversity should be celebrated and valued as an asset rather than a disorder. Public awareness is critical in ensuring the global community actively modifies social spaces, interactions and engagements to better accommodate neurodiversity.