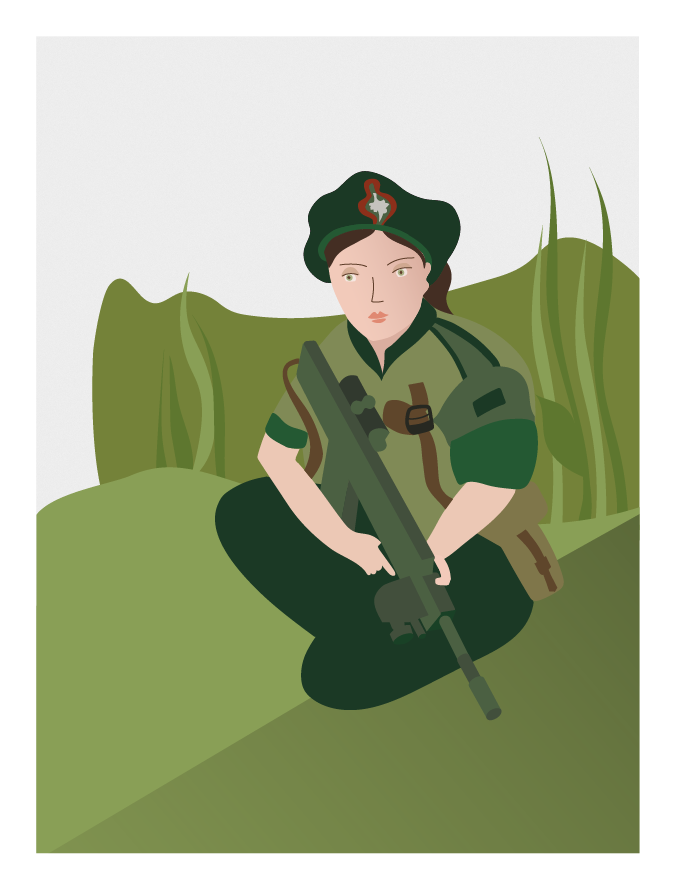 Sexual Harassment in the British Military

The British Army, the Royal Air Force and Her Majesty’s Naval Service (comprising the Royal Navy and the Royal Marines) are working towards a monumental shift in their approach to their workforce. Since the end of 2018, every role in the Armed Forces is open to women. The British Army and Her Majesty’s Naval Service will finally follow the Royal Air Force, whose ground-fighting force – and thereby its entire staff complement – became open to women in 2017.

Unfortunately, they, like many women across the UK, are forced to contend with one specific issue at a rate far above that of their male colleagues: workplace sexual harassment. In fact, according to the Armed Forces’ own records one in ten servicewomen reported being sexually assaulted in the past year. Join us as we learn about the history of women in the military and explore the statistics surrounding sexual harassment in the military.

Women have held unofficial roles in the military since the very beginning. As wives of servicemen, or as self-employed cooks, nurses, midwives, seamstresses and laundresses.  Things became official as early as 1696, when the Royal Navy employed women as nurses and laundresses. The best part? In this 17th century role, the gender pay gap was non-existent: women were paid the same as any able seaman.

In World War II, 6,760 women served at the then top-secret Bletchley Park as cryptanalysts, code clerks, traffic analysts, linguists, dispatch riders and operators of the cutting-edge COLOSSUS, the world’s first computer. Four years after the war ended, women became officially recognized as a permanent part of the British Armed Forces, and, in 1992, became integrated into regular units.

Women in the military today

Throughout the 20th century, women served as medics, engineers, machine operators, intelligence officers and pilots, to name a few. By 2014, women were allowed in all areas of the military except one: ground close combat (GCC) roles where soldiers fight on the ground in close contact with the enemy.

But were women really incapable of performing in GCC roles? Both the Secretary of State for Defence, Michael Fallon and the Prime Minister believed otherwise. Two Women in Close Combat reviews soon followed, one in 2014 and another in 2015/16. They confirmed what much of the Armed Forces were thinking: for the sake of greater diversity, innovation, equality of opportunity and the immense talent of female recruits, the ban against women in GCC roles should end once and for all.

In 2017, the Royal Air Force became the first branch of the British military to open every role to female service personnel. At the end of 2018, Her Majesty’s Naval Service and the British Army have followed suit. Currently, women make up 10.2% of the total strength of the Regular Armed Forces, with 15,270 women serving alongside approximately 149,700 men. Broken down by branch, the RAF has consistently had the highest proportion of women, followed by the Royal Navy, the British Army and the Royal Marines. 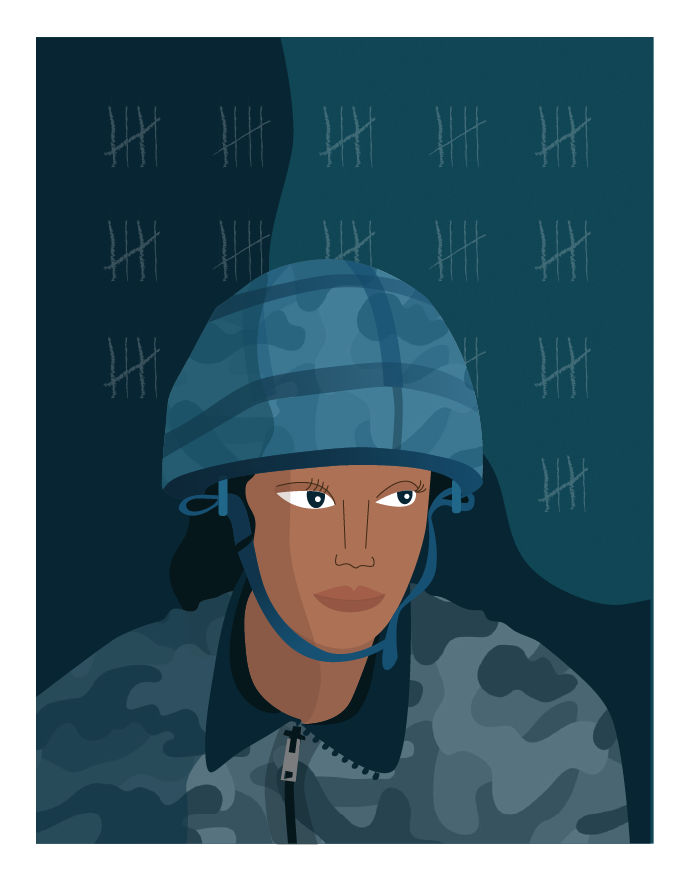 Sexual harassment in the military

Unfortunately, one specific issue threatens to hamper women’s position in the military. Look into the most recent Sexual Harassment Survey Reports for the British Army and Her Majesty’s Naval Service and the findings are stark.

The report for the Royal Navy and the Royal Marines showed similar findings: servicewomen were significantly more likely than servicemen to have had a particularly upsetting experience: 15% compared to just 3%. If we were to extrapolate the findings from the reports, approximately 2,040 servicewomen in the Army – or 4,100 in the entire Armed Forces – will have experienced some form of sexual harassment at work.

Looking at the Service Police for the Armed Forces, in the same year they conducted 109 sexual harassment investigations and 14 historical sexual offence investigations. Of the 126 victims, a staggering 100 were female. In comparison, of the 118 suspects that were involved, 115 were male, and just 29 were found guilty of a sexual offence. 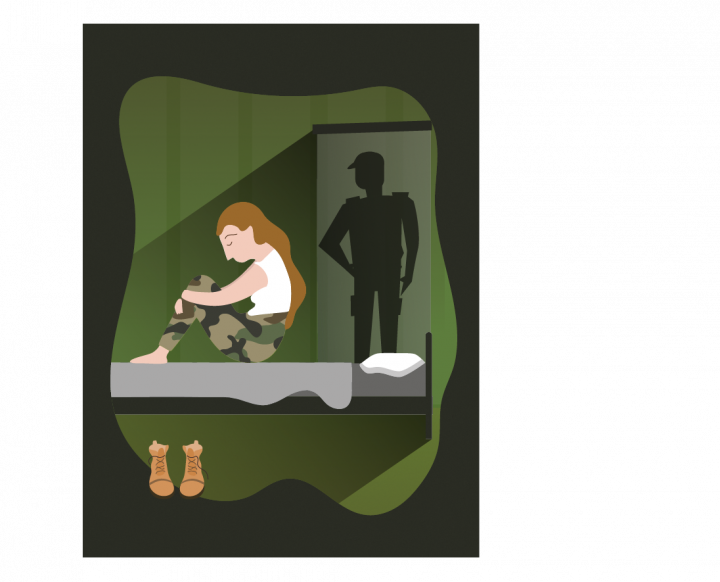 Rebecca Crookshank: Hero of Her Story

The Everyday Sexism Project, a collection of anonymous submissions, paints a dark picture of the gender discrimination women face on a daily basis. From partners, friends, colleagues and even strangers, unsolicited and unwelcome comments and unsavoury attitudes abound.

Some of the real experiences shared on the site include:

“I had to daily re-prove my reason for being [in the senior ranks of the Army] all the while being told to keep quiet, sent dick pics, and moved out of my job when I reported a man for inappropriate behaviour.”

“I endured three years of sexual harassment from my superior in the British Army. He was awarded an MBE despite being under investigation (and found guilty) while I was medically discharged due to the mental breakdown he inflicted.”

Sexual harassment, in particular, features strongly in the themes gathered by the Everyday Sexism Project. It’s an issue Rebecca Crookshank, former member of the Royal Air Force, knows all too well. This is her story.

“I had a creative calling when I was younger; I really enjoyed acting and performing. But, I also had a Royal Marine father and grandfather. I wanted to be just as tough as my dad, join the Armed Forces and travel like him, and get really fit and learn skills, so I just went for it. I’m really proud of leaving home, literally days after my 17th birthday, to join the Armed Forces. The basic training was 7.5 weeks and was really challenging physically and on an academic level; it was a very different way of learning. I was sent to the Falkland Islands for a four-month detachment. I was on the main island for about 8 weeks and then went to an isolated mountain side for 4 weeks. I’d heard stories about the girls that had gone up there, and I was already making my protest heard. I just had a bad feeling about it.”

“When I arrived on the mountain, there was a line of blokes mooning me on the heliport. On that very first night, I was subjected to an initiation ceremony. The men were completely naked with nothing but rubber gloves on their genitals, putting me in sexual positions and making me sit on them. I tried to laugh through it, but it was really violating, humiliating and sexually inappropriate. That set the tone, really. I was subjected to insistent and relentless harassment, much of it fuelled by the free-flowing alcohol. At one point, I was cable-tied to a bed.”

“When I made a complaint, the flight lieutenant who was in charge insisted on having a meeting with me in my bedroom. My private space; the only space that was just for me and felt safe. He told me I needed to “suck it up and stick it out”, offered me a flight on a Tornado F3 in exchange and threatened me with a bad report. I was very much pushed into a corner and silenced. Since I told my story, I’ve had many women and men tell me about their experiences. For so many of them, silencing was a common theme. The institution – the British Armed Forces – using their reputation and sheer size to dismiss your complaints and threaten to take away your livelihood. Now, 15 years later, the stories are still the same.”

“And what has the RAF had to say about my experience, and that of countless women and men? No comment. They’ve chosen not to comment, and I think that says a lot. Because for women in the Armed Forces, there’s already a frontline battle in terms of inequality. There should be solidarity. Nobody should be subject to any of those behaviours. Yet for women, they’re fighting a battle from the very beginning. But, if one other person can hear my story and choose not to sexually harass or abuse another human being, then something positive has come out of this. I’m finding my own sense of justice through the work I’m doing to raise awareness. And I’ve realised: I’m not a victim of this story. I’m actually a hero.”

If you have experienced sexual harassment in the British Armed Forces, Bolt Burdon Kemp could help you seek the compensation you deserve. Contact our dedicated armed forces compensation solicitors to discuss your case in complete confidence.

This article was previously published here and has been shortened and edited for Tijdschrift LOVER.