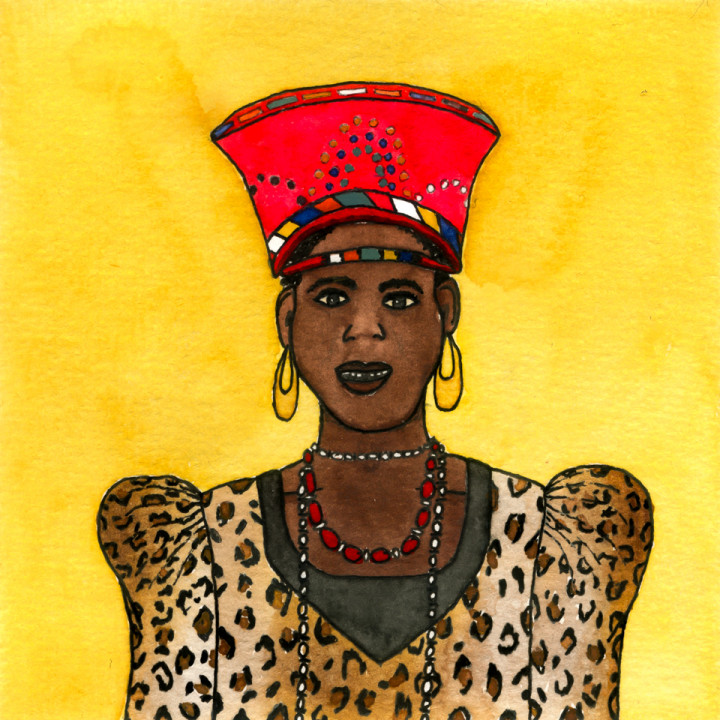 Malawi has one of the highest rates of child marriage in the world. Fifty percent of the girls get married before turning 18. Theresa Kachindamoto is a senior tribal chief who is fighting to annull, and prevent, early child marriages in order to take girls back to school. Tribal leaders in Malawi are guardians of traditions, but they have the right and the power to change or abolish some cultural practices. Kachindamoto has annulled over 1000 marriages and has been nicknamed the ‘Terminator’ of child marriages.

For many working in the area of gender equality in Africa, the very last and most stubborn bastion of change is within the realms of cultural practice. There exists a perception that as gatekeepers of cultural norms and beliefs, some community and traditional leaders serve as obstacles to the policy changes necessary to advance women’s human rights.

Senior Chief, Theresa Kachindamoto, shatters this notion, embodying a common refrain in development work that “culture is not static”. She is equally vocal and effective in the policy space, as she is among communities in the Dedza region of Malawi, where she presides over a community of approximately 900, 000 people. Her advocacy on the issue of child marriage has contributed significantly to legislative changes, including the passing of the Marriage, Divorce and Family Relations Act, which sets the minimum age of marriage for boys and girls at 18, and the 2017 constitutional amendment that harmonised both laws.

“When Malawi was adopting the minimum age of marriage at 18, I was in the forefront, attending different meetings to force the government to adopt this Act,” she says. “I was also sensitizing my communities, mainly during ceremonies, to understand the changes.” During her chieftainship, Chief Theresa has annulled 2, 549 child marriages, sending all children back to school.

But before Chief Theresa even began her campaign to end child marriage, she challenged decades of cultural norms by simply being an African woman in a position of traditional authority. She has used this influence to create a more gender equitable climate among traditional communities. “When I was chosen to be the chief, there were no female chiefs within my area,” she says. “Since then, I have managed to convince the royal families to choose women, hence 55 women small chiefs have been selected during my term of chieftaincy. I consider my work on creating this gender balance among chiefs, as a great achievement. Even some male chiefs are now looking to me as a model in this respect. All chiefs play a role in the implementation of the by-laws that stop any development related to child marriage.”

According to UNICEF, approximately 46% of girls in Malawi are married before the age of 18, while 9% marry before the age of 15. In a country with high rates of poverty and inequality, where the national poverty rate increased from 50.7% in 2010 to 51.5% in 2016, struggling families may view child marriage as a viable option out of poverty.

Removing a cultural practice that many see as having a functional place in society, will inevitably leave a vacuum that could be replaced with an equally oppressive practice or sense of despair. Chief Theresa advocates for the chasm left by child marriage to be filled with education.

This, however, has not always been eagerly embraced.

“Parents bring their sons and daughter to my headquarters after they have been sent away from school due to outstanding fees,” she notes. “They ask me if I’m going to help their son or daughter financially as I was the major reason for terminating the marriage which could have helped them out of poverty.” In response to these very real concerns, and recognising that poverty is often a gendered experience with women bearing the brunt of economic hardship, Chief Theresa has been working with women to establish small businesses. She is also involved in an awareness campaign that demonstrates the importance of girls’ and boys’ education school, as well as the health-related dangers of early marriage, including complications experienced during childbirth.

Chief Theresa’s work on the economic empowerment of women has been strongly influenced by Uganda and some of the initiatives underway in regards to female entrepreneurship. “I consider Uganda my model, especially when looking at the country’s African Queens and Women Cultural Leaders’ Network which brings together African Queens, Queen Mothers, Princesses and Women Cultural Leaders to help change the lives of women, girls and children in Africa. This network provide crucial support to women through entrepreneurship. In my opinion, the best way to achieve greater gender equality is to provide financial and civic education support to women so they can participate fully. My wish is to see this happening in more African countries.”

This combination of practical solutions to poverty, policy advocacy and awareness raising, all underpinned by a vision of gender equality, has made Chief Theresa popular among her constituents. “I have a good community,” she says. “We sit down and discuss all beliefs that may destroy our beautiful society and those that may build our future nation. We agree to completely abolish bad cultures and promote good cultures and we agree to put by-laws into place that must be followed and signed by all stakeholders. No-one, not even the chief, will force an under-aged girl or boy into marriage.” Chief Theresa continues to work across sectors, meeting with small chiefs, NGOs and faith leaders to discuss gender issues.

Policy change as a process is by no means easy. Implementation of policy is even more challenging. Chief Theresa knows that trying to working on policy change in most environments takes grit, much more so in those stubborn cultural hotspots where human rights and cultural beliefs often clash. Her advice to women entering the policy space is simple: stay strong and stick to your truth. “Changing people’s mind and views is not easy, you need to be strong whether you’re a man or a woman,” she says. “Young women who are considering entering the policy space should not expect quick or easy results. They must stick to the truth and think about the benefit to future generations. I always say God created us in the same image, hence opportunities and responsibilities should be the same.”

This article was originally published on 27 Sept 2019 on www.africaportal.org.

About the author
Originally from the Caribbean twin-island of Trinidad and Tobago, Lisa-Anne Julien lived in New York and London before making Johannesburg her home in 2002. She has been a development consultant and writer for the past 17 years, having worked with several UN agencies, The Commission for Gender Equality in South Africa, and various international and national NGOs. Lisa-Anne is also a widely-published features writer and an award-winning short story writer. She recently published her first full-length novel If You Save Me. Lisa-Anne's author website is www.lisaannejulien.co.za. 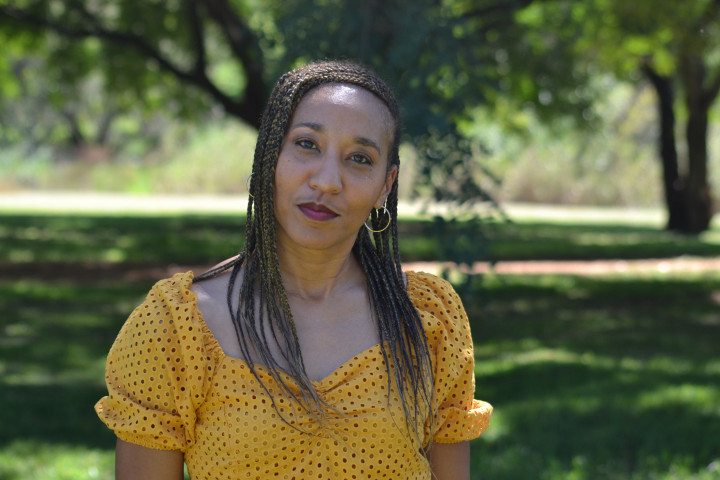 Support LOVER!
LOVER relies solely on volunteers and donations. Do you want the oldest Dutch feminist magazine to continue to exist? Help us by making a (one-time) donation. Every euro is very welcome and appreciated a lot. For more information, send an email to .